Manel Àlvarez was born in Sant Feliu de Codines (Barcelona, Spain) in 1945. He studied art in the San Juan Bosco School in Barcelona and began sculpting religious figures in wood. He continued to make sculpture after finishing the program and also worked as an industrial and interior designer. His success in these ventures afforded him the time and money to dedicate himself entirely to sculpture.

On a scholarship from the Pagani Foundation in Milan, he went to Carrara, Italy where he began working in marble for the first time. Working with marble and the daily contact with sculptors of differing levels of experience, combined to gradually transform his work; there was a simplification from the neoclassical to a more personal style, synthesising human and organic forms.

Manel spent 14 years working in Italy and exhibiting in different countries throughout Europe including France, Belgium, Switzerland, Germany, Luxembourg, Italy and Spain as well as Iran, Mexico, Brazil and the United States. He travels the world both for inspiration and to install various site-specific sculptures. While in Atlanta in 1996, working on pieces for the Olympic Games, Alvarez visited a magnificent collection of African art as well as an exhibit at the MOMA in New York. He was overcome emotionally by the pieces and began working on what would be his future “Africa” series. He says: “I did not want to copy African art, nor invent an art about Africa. I just wanted to transmit what that African art meant to me.” 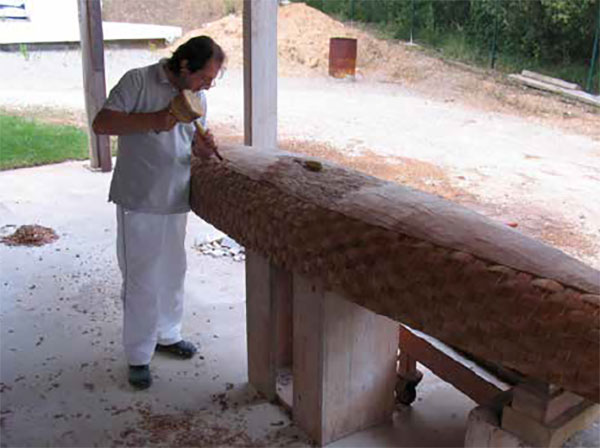 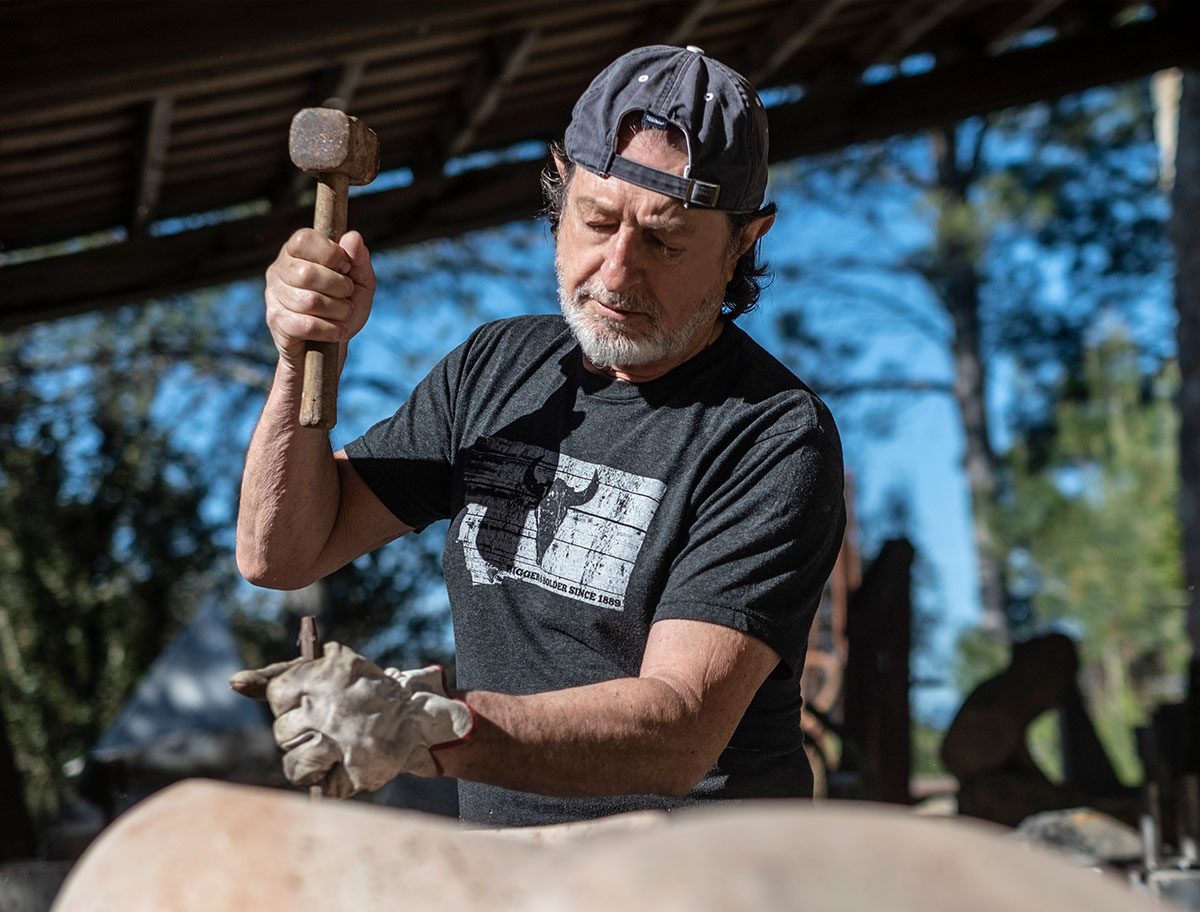 Manel working on a piece

In 2001 he completed the first piece of what would become his “Old Testament” series. This series proved to be the most exhilarating project of his career to date as he was challenged with finding solutions for the delicate theme, both in form and materials. Every piece required him to draw from his years of experience in working with wood, stone, iron, aluminium and bronze and to mix materials as he had never done before. He was also challenged to find an aesthetic solution for every piece which would transmit the concept or story.

His goal to create and exhibit this collection of medium size and monumental pieces was realized in 2011 with an exhibition in the Bible Lands Museum Jerusalem, Israel with works both in the garden and the interior of the museum. He continues working on this series as it is a rich theme which fascinates and inspires him.